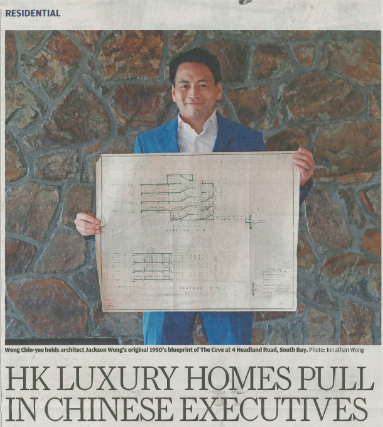 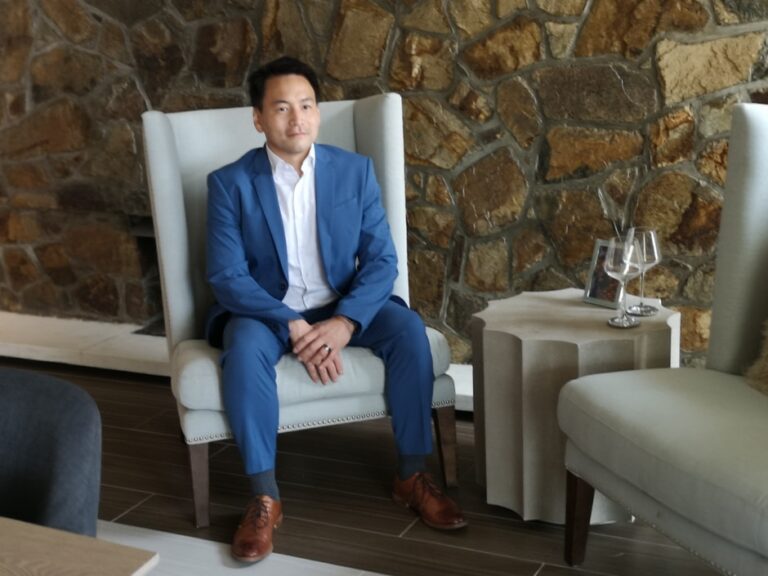 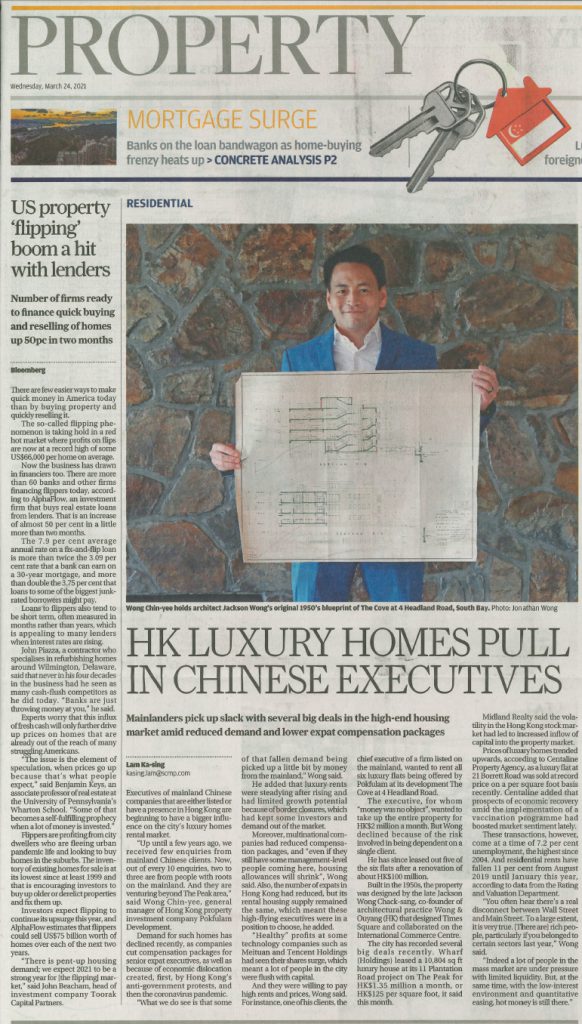 Executives of mainland Chinese companies that are either listed or have a presence in Hong Kong are beginning to have a bigger influence on the city’s luxury homes rental market.

“Up until a few years ago, we received few enquiries from mainland Chinese clients. Now, out of every 10 enquiries, two to three are from people with roots on the mainland. And they are venturing beyond The Peak area,” said Chin-yee Wong, general manager of Hong Kong property investment company Pokfulam Development.

Demand for such homes has witnessed a decline recently, as companies cut compensation packages for senior expat executives, as well as because of economic dislocation created, first, by Hong Kong’s anti-government protests, and then the coronavirus pandemic.

“What we do see is that some of that fallen demand being picked up a little bit by money from the mainland,” Wong said.

He added that luxury rents were steadying after rising and had limited growth potential because of border closures, which had kept some investors and demand out of the market.

Moreover, multinational companies had reduced their compensation packages, and “even if they still have some management-level people coming here, housing allowances will shrink”, Wong said. At the same time, the number of expats in Hong Kong had reduced, but its rental housing supply remained the same, which meant these high-flying executives were in a position to choose, he added.

“Healthy” profits at some technology companies such as Meituan and Tencent Holdings had seen their shares surge, which meant a lot of people in the city were flush with capital.

And they were willing to pay high rents and prices, Wong said. For instance, one of his clients, the chief executive (CEO) of a company listed on the mainland, wanted to rent all six luxury flats being offered by Pokfulam at its development The Cove at 4 Headland Road.

The executive, for whom “money was no object”, wanted to take up the entire property for HK$2 million a month. But Wong declined because of the risk involved in being dependent on a single client.

He has since leased out five of the six flats after a renovation of about HK$100 million.

Built in the 1950s, the property was designed by the late Jackson Wong Chack-sang, co-founder of the famous architectural practice Wong & Ouyang (HK) that also designed Times Square, the International Commerce Centre, Langham Place and Pacific Place. The property was acquired by Wong’s grandfather around 1980.

The city has recorded several big deals recently. Wharf (Holdings) leased a 10,804 sq ft luxury house at its 11 Plantation Road project on The Peak for HK$1.35 million a month, or HK$125 per square foot, it said this month.
Midland Realty said the recent volatility in the Hong Kong stock market had led to increased inflow of capital into the property market, as investors selling shares looked for a store of value. The luxury segment had, in particular, been viewed with optimism by investors.

Prices of luxury homes trended upwards, according to Centaline Property Agency, as a luxury flat at 21 Borrett Road was sold at record price per sq ft recently. Centaline added that prospects of economic recovery amid the implementation of a vaccination programme have boosted market sentiment lately.

These transactions, however, come at a time of high unemployment, which at 7.2 per cent currently is the highest since 2004. Hong Kong’s residential rents have sunk overall, falling by 11 per cent from August 2019 until January this year, according to data from the Rating and Valuation Department.

“You often hear there’s a real disconnect between Wall Street and Main Street. To a large extent, it is very true. [There are] rich people, particularly if you belonged to certain sectors last year,” Wong said.

“Indeed a lot of people in the mass market are under pressure with limited liquidity. But, at the same time, with the low-interest environment and quantitative easing, hot money is still there.”